Even though it had been well past 3 a.m. when Sookie went to sleep, she was up a little before 9:00, feeling more refreshed than she had since the spell had been done.  She was anxious to go home later and smiled when she thought about the hydrangeas planted somewhere in her front yard.  She’d have to scope them out and take some time to figure out what else Eric had planted for her.

The smell of coffee dragged her out of bed, and she found Alcide sitting with Jesus at the kitchen table.  Alcide gave her a bright smile.  “Morning, cher.”

Sookie picked up from Alcide’s mind―which she had a hard time blocking when he was broadcasting in pictures―that he thought her bed-head was cute and that he wouldn’t mind waking up to her all the time.  Of course, that thought was immediately replaced by a picture of Debbie with bedhead.  Sookie raised her shields extra tight and returned his morning greeting, smiling at both Alcide and Jesus.  “Where’s Lafayette?”  Sookie asked.

“Sam called him in early to take in some shipments,” Jesus answered.

“Oh,” Sookie said, feeling bad that she hadn’t talked to Sam since she had learned of his brother’s death.  She grabbed her coffee and went out to the porch, her cell phone in her hand.  When Alcide followed her out, she gave him a “just a minute” gesture and dialed Sam’s cell number.  He answered after a couple of rings.

“Sam,” Sookie said nervously, not really knowing what to say to him, but he’d been there for her after her Gran’s death, and she wanted to be there for him if he needed her.  “Sam, I know that the last time we spoke was kind of bad with you firing me and all, but I just want you to know that Alcide told me about your brother, and I’m here if you need a shoulder.”

Sam sighed, “Thanks Sook.”  Then he continued, with surprise in his voice.  “Sookie, I never fired you; I think I’d remember that.  In fact, I called your house a couple of times yesterday when you didn’t show up for your shift.”  He sighed in frustration, “I’ve already gotten Holly to cover your shifts for the next two days since I couldn’t get ahold of you yesterday; I figured you were wrapped up in more vampire shit.”

“I’ve been staying with Lafayette for a few days, and you did fire me Sam―more than a week ago now,” Sookie said, a bit frustrated herself.

Sookie heard Sam mutter, “Shit―Tommy,” on the other end of the phone and suddenly realized that it must have been Tommy shifted into Sam that she’d talked to the previous week.

Sookie spoke softly, “Oh Sam, it was Tommy I talked to, wasn’t it?”

There was a brief pause before Sam continued, “Look, I need to go right now because a marker for Tommy’s grave is bein’ put in today, but why don’t you come back to work on the lunch shifts on Mondays through Wednesdays, like we talked about before?  You can start next week, cher, since I already promised Holly your shifts for the rest of this week.  She’s countin’ on them to help her make up for some work she missed last week.  Actually, could you also pick up this Saturday’s lunch shift too?  Arlene mentioned wanting to go to the carnival with her kids that day if I could find someone to cover it.”

“Sure, Sam.  You want me to come with you to Tommy’s grave?” she asked quietly.

“No thanks, cher.  I just need to say goodbye myself.  Anyway, Luna and her daughter are coming by later.”  Sookie noticed that Sam’s voice warmed when saying Luna’s name.

“Okay, Sam.  Let me know if you need anything―anything at all.”

Sookie hung up the phone, sorry that Sam was going through the loss of his brother, but also happy that he seemed to have found―in Luna―someone that really cared about him.

After a few minutes of silence, Alcide spoke, “Listen, cher, I was wondering if you had given any thought to what I said yesterday.”

Sookie was brought out of her thoughts about Sam.  “A little, Alcide, but I haven’t made any decisions yet.”

Alcide nodded.  “Listen, I know you have a lot to think about, but I want you to know that we’d be good together.  We could have a family together.”

Sookie reached out her hand and patted Alcide’s.  The contact caused her to hear Alcide thinking that he could have kids with her, whereas he hadn’t wanted to with Debbie because he knew they’d be Weres.  Since Sookie wasn’t a Were, he thought she would be safe to have children with, and he really was attracted to her too.  He imagined that they’d make some cute kids.”

Sookie pulled her hand away and planted her smile on her face, not wanting Alcide to know she’d read his thoughts.  “I’ll add that to my list of things to think about, but for now, I think I need some alone time.  I’m going to go out back and sit in the sun since it’s so warm.”

Alcide nodded.  “I’ll be right here if you need anything, and I’ll know it if anyone comes onto the property,” he assured, touching his nose.

Sookie nodded, wondering briefly how Alcide’s sense of smell would compare to Eric’s.  She grabbed her coffee and went into the house to brush her hair into a pony tail.  Jesus was sitting crossed-legged on the floor of her room, sifting through an open box full of Marnie’s books.  An empty box and three stacks of books sat next to him.

Sookie sat on the bed as she brushed.  “Find anything yet?”

“I’m just grouping them right now,” he said gesturing to the piles.

He continued, “Like I told you before, Eric asked me to find some stuff about fairy magic to help you learn how to control your hand thing, and I’ll also try to find something about that “empty spot” you told me was left after the blood bond was gone.”

“Oh!” Sookie exclaimed.  “Eric―the real one, not the dream one―confirmed that he felt that too!”

Sookie nodded, “And there is more.  The Eric in my dreams has told me about some of his memories, things that the real Eric never told me about.”

Jesus nodded for her to continue.

“It turns out the things I’ve been dreaming he’s told me are actually real.  They are his real memories. Do you know how that’s even possible?”

Jesus shook his head, “No idea, but I’ll look for any information on that too.  Whatever is happening to cause those dreams of yours seems like a big deal though.  Have you had any about Bill since the tie was broken?”

“Has Eric had any dreams?”

“No, he said that vampires literally cannot dream, but he once had a daydream about me.”

“Really?  Did it contain anything like what you’re telling me you experienced?”

“No,” Sookie answered, thinking about what Eric had told her.  “Wait, I did tell him I couldn’t sing in the daydream, and I can’t, but that’s a little thing.  And in the daydream, he said that I told him I could smell his memories, and now I’m hearing about them in my dreams.  But I think those are just coincidences.”

“Maybe.  Regardless, this is all very interesting.”

Sookie rose, her hair now feeling much better.  “Well―I have to say, it’d be real nice to be dull for a change.”  She sighed.  “I’ll leave you to this.  I’m going out back to sit in the sun for a while to think.”

“Okay,” Jesus said and then chuckled.  “Lafayette said you would want to spend the day in the sun.  He dragged a lounge chair out there for you this morning before he left.” 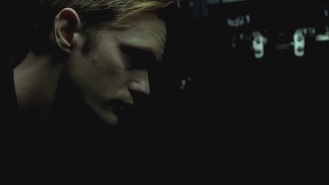 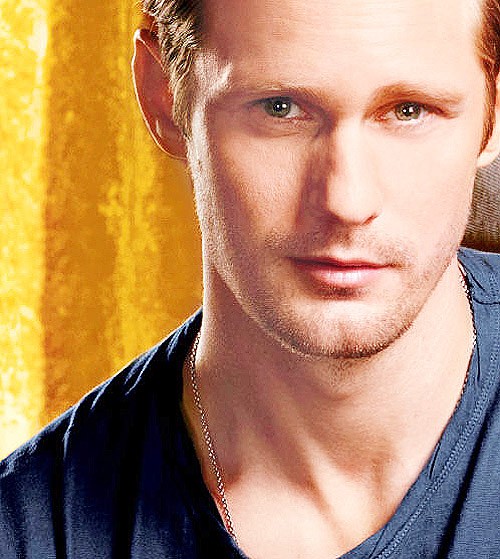 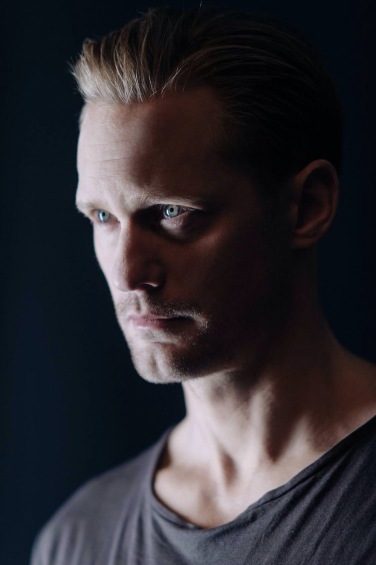 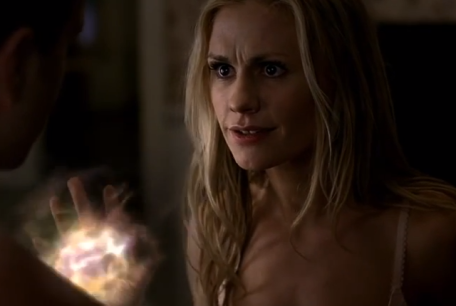 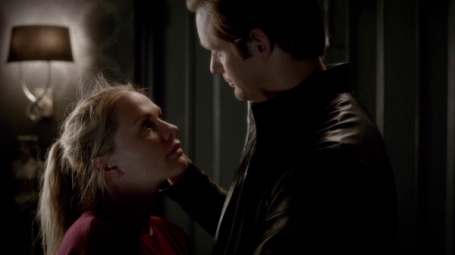