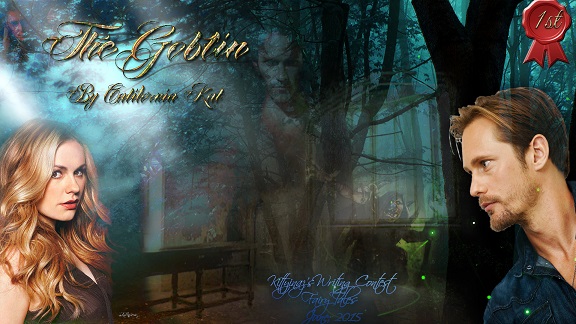 Even though the king was away from court, it took me a week to glamour everyone who needed to be glamoured in order to ensure that my visit with the queen would be private.

Surprisingly, she didn’t seem surprised to see me when I entered her room.

She simply watched me carefully, her eyes offering that same glimpse of hope that I’d seen in them at court. She was sitting in a rocking chair, breast-feeding her child—an odd thing for a royal woman to do. Most of them opted for wet nurses from my understanding.

She was wearing only a robe. But her body wore a black eye, a cheek fracture, and many other bruises that were new since I had last seen her.

A parting gift from her husband no doubt.

“Eric,” she whispered as I approached.

“Yes,” I responded as I sat in a chair opposite her.

“It is the name I would have called my son if I would have had any choice,” she mused to herself—as if speaking aloud her preference for the first time.

She laughed ruefully, but did not respond otherwise.

For the thousandth time since I had come to Terra, a wondered at the practices of humans. The woman before me—quite obviously—had been beaten down by her life. She sat in front of a warm fire in a silken robe, her hair coifed perfectly about her face. Yet her eyes told a story of woe that I knew instinctively would break my un-beating heart.

Of all the oddities of humans, the one I had always wondered about the most was how most of their cultures treated—or, rather, mistreated—their woman. In Nenvia, gender made no difference. It was age that determined power and respect, though even the elders were wise enough to listen to younger vampires with attention. And, among the humans in our midst, women were—perhaps—treated with even more respect than men, for they brought children into the world.

“What is your child’s name?” I asked the queen after a few moments.

“I do not have a child,” she said hauntingly.

“Whose is at your breast?” I asked.

“He belongs to my husband and king for three months. And then he will belong to the one who made me a queen,” she whispered.

I leaned forward and tried to use my glamour. “Tell me of it. I am a traveler and enjoy hearing the histories of others.”

She laughed ruefully. “There is no use speaking of things that cannot be changed!”

I tilted my head in confusion and then understanding. Obviously, she could not be glamoured. That, unfortunately, confirmed that she was a fairy. However—though I was attracted to her scent—I did not lust for it. That meant that she was only part Fae.

Still, in such matters, the treaty between vampires and the Fae was absolute; there was a clause of non-interference. Now that I had confirmed her species, I had no right to stay in her company unless I was invited into it. Clearly, her words indicated that I had not been.

Thus, I stood to leave. I would not break the treaty, despite my curiosity.

“Please!” she called out desperately right before I got to the door. “Will you stay? I am not,” she paused, “used to having conversation. I should have told you all that you wished to know. I should have—uh—offered you blood? That is what you eat—right? I did not mean to be rude. I—uh—do not know manners. Please, sit. Yes—that is what I should have said to you when you entered. But, you see, you are my first visitor. I did not know how to . . . .”

She stopped her sentence with a loud and off-putting laugh, which was meshed with tears.

“Of course you will wish to go,” she muttered to herself. “Why would you stay? But, please, sir. Please, stay. For my child. I will do,” she paused, “anything you wish. If it is my stories you want, I will tell them.”

I turned and saw that she was now looking at the fire as if she wanted to climb into it. Her entire being was a contradiction. Her eyes were streaming tears, yet the rest of her body was acting to nourish the child she had not given me the name of. Her hands lay lovingly on his back, supporting him as he fed. Her feet had continued to softly rock the chair throughout my visit with her.

Every motion she made spoke “mother” as if the word were alive in the room. Yet every emotion seen in her eyes told me that she had never really lived.

“You offer me your blood—freely?” I asked.

“As long as it will not harm my child,” she whispered.

“It would not,” I informed.

She looked left and then right. “An hour then?”

“You may ask me about anything you wish, and I will answer as well as I am capable,” she breathed. “And then you can have my blood as long as I am strong enough to feed my child.”

I paused, going through the rules regarding fairy/vampire relations in this realm in my mind—and making sure that her proposal would break none of them. The only issue was that I did not want to chance taking her blood. However, clearly she was inviting me into her company.

She mistook my pause for hesitation about staying.

“Ten minutes?” she asked. “Five? But one, sir. Please?” she begged. “You need not even speak, sir. Please! Just sit. My child is taking comfort in your presence.”

Her body literally shook with need, but it was not her own need that she was begging for.

“Please, sir. I will tell you anything your wish to know,” she panted. “The boy’s name is William. His father named him, but I do not call him anything because William is a monster, and this child is innocent!”

“You said that he did not belong to you?” I asked.

“The law says he is the king’s,” she answered, her voice quivering. “As I am the king’s property.”

“You also said that he would soon belong to the one who had made you queen. What did you mean?”

“My father is boastful when he drinks mead. He joked that I could spin straw into gold and one of William’s shifter spies heard him. Believing I was a fairy who could actually do as my father had said, William put me into a room and gave me three days and nights to make gold of the straw.” She paused to catch her breath. “A—uh—goblin came to me on one of the nights that I was in the room. It demanded this child in exchange for completing the task for me. The goblin will be coming for him in but three weeks. I did not want to bargain with the creature. I wanted to die,” she rambled, near hyperventilation now. “But I would have been responsible for 107 deaths if I hadn’t agreed. So I sold my soul and my child.”

Her comforting rocking and hand movements had not altered one bit, though her eyes were now ponds of sorrow. And she gasped for air like a fish out of water.

“Do you not wish to hear more, sir? I could tell you all of the story of my life. I promise you that you would be entertained. God certainly finds pleasure in my misfortune.”

“Misfortune?” I quarried. “But you are surrounding by finery.” I gestured around the room. The furnishings were rich, the textiles silk.

“That is the funniest part!” she relayed. “I will tell you everything. If you spend time here—uh—with my child present, too, you need never speak of yourself,” she promised. “Uh—a year at a time,” she said hopefully. “My husband is to be gone for another fortnight, and I can remember sixteen of my years!” she enthused now panting. “I will tell you about all of them if you wish.”

“In exchange for merely my presence?” I asked.

“You will start by telling me why he desires to be in my presence?”

“Yes. That is where my own story begins too!”

And that was where her story began. She told me about her earliest memories in great detail—the detail she had been afforded only because she was a telepath, just like her child, who—I quickly learned—”was resting” in my “void.”

Sookie, however, swore to me that she never would do the same—as if doing so would somehow cause me a hardship.

I welcomed her into it, but she shook her head forcefully, explaining that her story would soon make clear why she could not accept my generous offer.

Honestly, before she’d spoken of her own, I had not known that telepathy was a Fae quality. Of course, all Supernaturals guarded their strengths and weaknesses carefully.

I stayed for much longer than an hour, long enough for her to calm herself.

And—at the end of the night—I promised her that I would return all of the nights that her husband was away and would stay from two hours after sunset to two hours before sunrise. Of course, I planned to stay longer when possible, but I needed to factor in time to feed.

And to punish those whom I had already learned had wronged her.

Because she seemed more comfortable with deal-making than the concept of friendship, I framed it as an arrangement. I would exchange my presence for her stories—just as long as she had some to give.

And with our bargain, I earned the first sincere smile that I had seen from her.

It made me feel as if I were already back in Nenvia—back home.

3 thoughts on “IX: The Arrangement” 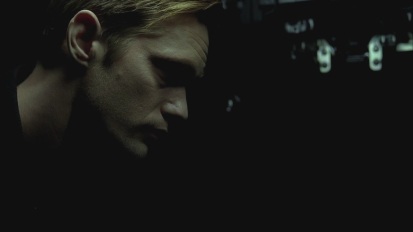 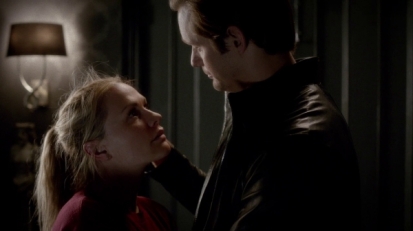 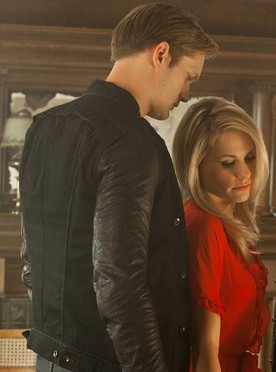