Sookie was startled awake by a loud yell from Lafayette, “Where the fuck is I goin’ to put all this shit?”

Sookie heard Jesus’s calm voice reassuring his boyfriend,  “It’s fine, honey.  We can have them put everything in our room or Sookie’s room.  Then I’ll sort through everything tomorrow.  I have the day off, remember?”

“But I don’t want all those sweatin’ men traipsing through my clean house!  The King is comin’!”

Sookie rolled out of bed, still trying to wake up fully.  As she entered the living room and took in Lafayette’s frazzled appearance, she couldn’t help but smile a little.  If she was excited to meet Elvis, Lafayette was over the moon.  “Lala, why don’t you go take a shower and get ready.  Jesus and me will make sure that everything is fine.”

Lafayette huffed to his bedroom, mumbling, “Why we’s got to have all that witch shit brought over right now is beyond me.”

Jesus smiled at Sookie.  He was still in his scrubs.  “Thanks,” he said sighing.  “He’s a bit excited.”

“Did he tell you about the Bubba thing?  About how we can’t call him Elvis no matter what?” Sookie asked as she and Jesus walked toward the front door.

“Yeah.  It’s pretty incredible to get to meet him tonight, even if he’s a bit off.”

Alcide was on the porch, talking to a short man dressed in a three piece suit.  He looked very out of place next to the large Were.  Two men in delivery uniforms were leaning up against a van.

Sookie walked onto the porch with Jesus.

“Are you Miss Stackhouse?” the man in the suit asked impatiently.

“Yeah,” Sookie answered approaching the man.  She clearly saw a looked of mild disgust on Alcide’s face as he looked at the man.

Bobby sneered, his whole manner screaming that he was too good for the people in front of him and the task Eric had set for him.  Sookie listened in on his thoughts; they matched his demeanor exactly.  He was wondering why his “master” would bother with such a country bumpkin.  Sookie hated to admit it, but she had moments of feeling the same way.

Bobby answered Sookie’s question, his sneer still firmly in place, “I conduct Mr. Northman’s daytime business, Miss Stackhouse.  He tasked me with bringing you the items you are expecting from Moon Goddess Emporium.  Where should we put them?”

Sookie saw no reason to be overly polite considering the man’s obvious distaste for her.  “They can stack the boxes in the bedroom that’s right off the living room.  I’ll show you.  But make sure they don’t track in any dirt, and make sure they don’t mess up anything in the house,” she added quickly.

Bobby nodded to the two men at the van, and they began to bring in boxes.  Directed by Sookie, they quickly stacked twenty or so uniformly shaped and sized boxes neatly in the corner of the room she was staying in.  While they were working, Jesus began heating some gumbo, straightening the kitchen as he went so that Lafayette would remain calm.

Sookie went back to the porch after the last box had been delivered.  Bobby was waiting with a bouquet of white daisies.  “Mr. Northman asked that you receive these and this,” he said as he handed her the flowers and a small card.

“Thanks,” Sookie offered as Bobby turned on his heel without another word and went to a black sedan that was parked behind the van.  As the two vehicles drove away, Sookie noticed the look of distaste had not left Alcide’s face as he stared at the flowers in her hand.

Sookie smiled at Alcide, but she recognized that it was the kind of smile she used with her customers at Merlotte’s sometimes to hide the fact that she’d heard a particularly nasty thought.  “I’ll just put these in some water.”  She walked inside, leaving Alcide on the porch, where he’d established what Sookie was now thinking of as his base camp.  She chuckled a bit at the thought.

Once inside, she opened the note.  It was printed and not written in Eric’s handwriting, so Sookie guessed he must have called in his order last night after he left.  The note read:

I am ashamed to admit that I do not know your favorite flower, but I saw many of these in knickknacks throughout your home, especially in your grandmother’s room.  These, I am told, represent purity, beauty, and loyalty―all attributes that remind me of you.

Jesus broke her out of her reverie.  “Those from Eric?”

Jesus reached under the sink and retrieved another vase.  “If you keep staying here, the house might become full of flowers.”

Sookie put the flowers in the vase and carried them to the living room, looking for a place to put them that Lafayette would approve of.  She finally settled on the small table next to the couch.  She looked back and forth from the daisies to the roses Bill had given her, realizing she still had a lot of thinking to do.  Right now, however, she decided to shelve her confusion and help Jesus in the kitchen.  It was only 4:30, but she was certain that Lafayette would want dinner to be finished and cleaned up after well before sunset, which came a bit before 5:30 that evening.

“What can I do to help?” she asked Jesus.

“Maybe grab some bowls and set the table?” Jesus responded.

Sookie busied herself preparing five places at the table, expecting Jason to join them at some point.

Sookie couldn’t help laughing, “Yeah, I don’t exactly know how that would go over.”

After a few moment’s pause, Sookie said, “Hey, sorry for all those boxes and things.  Eric said that he wanted you to look in them to see if you could find some protection wards or something to put on your house and mine.”

Jesus searched his mind and found that he could actually talk about some things from the night before last as long as he was nonspecific when he spoke.  “Actually, I was expecting the books.  Eric told us he was sending them over, and he’s paying me to do some research about fairies.”  Jesus looked thoughtful, “And protection wards aren’t a bad idea either.  I think that I saw some in one of the books at Marnie’s before.  I’ll look for them tomorrow.”

“Why research about fairies?” Sookie asked.

Sookie glanced at the daisies.  She thought about how nice it would be to understand and control the power that she had.  She also thought that it was awfully high-handed of Eric to initiate the research without her knowledge, but then again, she was happy that Eric seemed to want her to be able to protect herself.  She wouldn’t have to be so reliant on the protection of others if she could channel her own powers.

Bill’s protection seemed to involve her taking his blood again and her relying on his position.  Eric’s protection, at least for the moment, consisted of his sending Alcide, of whom he seemed at least a little jealous, to protect her during the day and the King of Rock and Roll to protect her at night.  At the same time, he was looking into how she could develop her own tools to protect herself in the future.  Sookie was surprised when she realized that Eric had not yet brought up the subject of her taking his blood again.  He had said that he missed the bond, but he’d not tried to frighten her into thinking that she needed his blood to survive.  She wondered if that was what Bill was doing.  She shook off these thoughts, tabling them for later.  She needed to take some time to really think about both vampires, and in the frenzy of the approaching evening, now was not that time.

Sookie smiled at Jesus, once again thankful for the new friendship she’d found with him, “Eric said that you were a strong witch―hey is that even what you call yourself?”

Jesus smiled back, “Actually, my people call themselves brujos, which basically means witch or sorcerer.”

“Well, Eric seemed to think that you and Lafayette could make a really strong protection ward,” she said, proud of her friends.

Jesus went back to stirring the slowly warming gumbo as Sookie began pouring glasses of tea.  “Jesus, can I ask you somethin’?”

“Do you think there’s any way that I might still have vampire blood in my system?”

Jesus looked a bit confused and then answered, “I don’t think that’s possible, Sookie, based on the nature of the spell we did.  According to the book, that would be pretty much unfeasible, given the fact that you are alive right now.”

Jesus was honestly surprised.  “Well Sook, I don’t think it could be vampire blood or magic causing them.  The spell removed all the blood magic, of that I’m almost positive.”

Sookie nodded.  Still speaking very low so that Alcide wouldn’t hear, she added, “How are people supposed to feel after a tie―no, actually, after a bond―is gone?”

“Normal, I guess―like they did before the tie or bond happened.”

“Are they supposed to feel a kind of emptiness inside?”

“Like a hole or a hollow place, kind of.”

Jesus shook his head.  “No, with the magic and the blood gone, there’s nothing at all to feel.  Why?”

Sookie was a bit reluctant to say the next bit, but she forged ahead, “I feel something like that; I think it’s where my bond with Eric was once.  And then in the dream I had earlier, Eric said he was feelin’ the same kind of empty spot.  He told me to ask you about them.  I don’t know if the real Eric feels it too or just the one in my dreams.  And that Eric might just be a figment of my subconscious, especially since you think the blood is all gone, but I thought I’d ask.”

“I haven’t read anything that talks about any kind of ‘empty spot’, but I’ll work on it tomorrow, okay?”

“Thank you,” Sookie said, hugging Jesus tightly.  “You have become such a wonderful friend to me.  I can’t thank you enough.”

Just then, Lafayette emerged from his bedroom, thankfully not wearing his white jumpsuit.  He was dressed in an impeccably cut silver-gray suit and vest that looked like they were straight out of the 70’s; instead of a tie, he was wearing a deep purple scarf.

Jesus went over and kissed Lafayette, careful not to disturb his makeup.  “You look beautiful, sweetheart.”

Lafayette beamed and then inspected the house.  Seeing that nothing was amiss, he kissed Jesus on the cheek.

Sookie smiled at the warmth of the exchange and glanced at the daisies, visible from her position by the kitchen table.  She went out to get Alcide.  Jason was pulling up as she stepped out onto the porch.  Once her brother and Alcide were introduced, they went inside and joined the others for dinner. 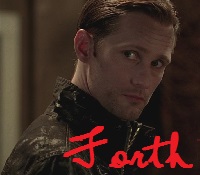 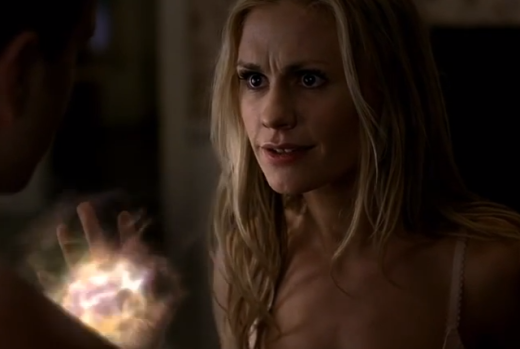 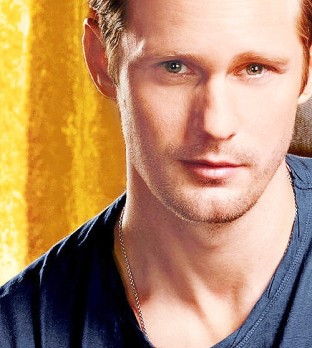 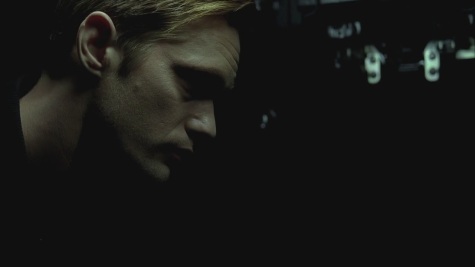 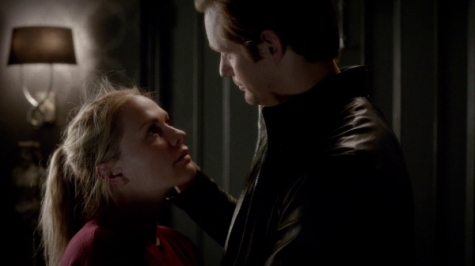 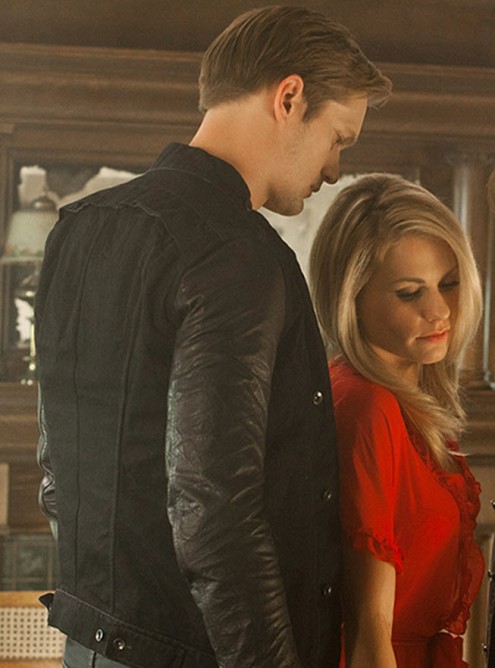 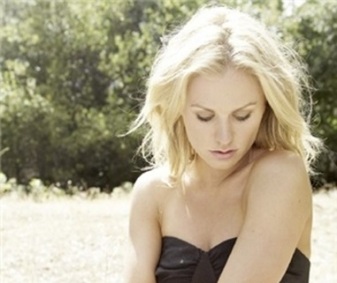