Sookie slowly became more aware of herself, but she was trapped in a fog that she couldn’t quite break through.  She felt like she was in that place she got stuck in sometimes, just between sleeping and being awake.  She tried to wake herself up―even feeling tingles in her body―but she couldn’t manage to force her eyes open.

Something told her that she needed to get up, that she was in danger.  She just couldn’t get her body to listen to her mind and make that final break into consciousness.  Having used up all her energy, she fell into the darkness once more.

Three minutes after Eric left Merlotte’s he stopped his progress.  The bond that had been weakly transmitting Sookie’s whereabouts had become muted once again.  Still he had a place to start his search, so he continued toward Monroe, praying once again to Sookie’s God as well as to his gods and goddesses of old that she would be safe when he found her.

“Hey yourself,” Sookie answered brightly, taking in her surroundings as she leaned back against a sitting Eric.  They seemed to be in a big cave, the only light coming from a small campfire in the center of the cave floor.

“I made this for you―so you could see in here,” Eric said, gesturing toward the fire.

“Thanks,” Sookie said, happily sinking into Eric’s body even more.  His fingers enclosed around hers, and the two sat silently and comfortably for a while.

Sookie felt Eric shrug behind her.  “I don’t know.  What were you doing when you fell asleep, min kära?  Perhaps, the answer is there.”

Sookie stared into the fire, trying to remember.  “I was at Merlotte’s working.”

“Hey―enough of that,” Sookie scolded.

Eric stiffened a bit behind her, “I wish you did not work for the shifter, my love.”

“The bond we have tells me that you are my pledged now―my wife,” Eric said softly and sincerely.  “I want to be the one to take care of you.”

“I know,” Sookie said squeezing Eric’s hands.  “And I love that you want to do that.  I really love it.  But it’s just not in me to sit around and not do something―not contribute.”

Eric nodded and pulled Sookie even closer to him.  “I know, min kván.  Truth be told the women in my time did as much work and were just as strong as the men in some ways, even stronger in others.  I do not wish for you to feel like less of a partner in what we have.”

“Then you do understand,” Sookie said tilting her head back to look into Eric’s beautiful blue eyes.  The firelight danced in them, mesmerizing her for a moment.

“I do.  But I still wish more for you.  Maybe you could go to school?  I always enjoyed my studies.  Over the years, I was able to arrange for private tutoring during the nights.  And then when night school became common in American colleges, I took many classes.  There are now also online programs that you could use should you wish to avoid being around the thoughts of so many people.”

“Maybe,” Sookie said contemplatively.  “I’ll think about it.  I never much liked school because I wasn’t really able to control my telepathy.  But now that I have it under better control, perhaps I could go to college.”

Eric spoke up seriously, “Please do not think that I am not proud of you as you are, min kván.  In wanting more for you, I do not wish to say you are less as you are.  If you are happy being a barmaid and working for the shifter, then this is what you must continue to do.  I will get used to not liking it.  And you will get used to―what does Pam call it?” he paused.  “Oh yes, ‘putting me in my place.’”

Sookie chuckled.  “I will think about college though.  To be honest, I haven’t ever really considered it.  By the time I got my shields under control, my grade point average was already too low to get scholarships, and we couldn’t really afford it anyway.”

“So you never let yourself think about it,” Eric guessed, “because you did not wish to cause financial strain for your Gran.”

He felt Sookie nod.  “Well, min kván, now you may think about everything you wish―anything.  And I will think about things I wish as well.”

“What do you wish?” Sookie asked curiously, tilting her head back and to the side so that she could look up at him.

“I wish to travel again.  It has been a long time since I have visited many places, and I should very much like to see them with you.

“That’d be nice,” she said, kissing his neck.

“And I wish to share a life in peace with you.”

“Peace!” Sookie exclaimed.  “That’s exactly what I was thinking about when something happened to me.”

“What happened to you, my love?” Eric asked.

Sookie froze, trying to remember.  “I was arguing with Sam about us, and then I just wanted a moment or two of peace, and I was wishing―wishing that we could just have a time of harmony with no one wanting to hurt us or to tear us apart.”

“But I can’t remember what happened after that,” Sookie said frustrated.

“It will come to you,” Eric said confidently, pulling Sookie closer again.

She settled into him and looked again at the flames of the fire.  “Where are we, anyway?” Sookie asked after a few minutes.

“It is where Godric brought me after I was turned.  This is where I awoke vampire for the first time, min kära.”

“Were you frightened?” she asked after a few more minutes.

“I was―uncertain.  But Godric began teaching me how to survive as a vampire immediately, and as you know, I am good at surviving.”

Eric spoke as if searching his past, “This is where I fed for the first time as well.  Godric had to command me to stop drinking, and even then, I tried to disobey at first and was punished.  Like all new vampires, I lacked control; plus, I was spoiled and willful in my human life.  I am frankly surprised that Godric did not kill me that night.”

Sookie smiled and brought their entwined fingers to her lips, kissing his hand gently.  “I am glad that he didn’t.  It seems that he must have longed for a companion who was strong-willed.”

“Perhaps, but looking back, I think that I would have killed me,” he chuckled.

“No you wouldn’t,” Sookie said confidently.  “You didn’t kill Pam, did you?”

Sookie was contemplative for a moment, “I have not been dreaming of you since the bond was re-established.”

Eric rocked their bodies in a comforting motion.  “You have not needed me this way again―until now.  The bond between yourself and the ‘real’ me is sleeping somehow, so I am here now with you, at least until the ‘real’ me is able to find you.  And he will Sookie.  You know that he will be coming for you as soon as the bond awakens―that he is trying to find you even now.”

“I know he will,” Sookie said.  “But I can’t feel him,” her eyes filled with tears as she reached for but couldn’t find their bond.

Eric turned her around to him.  “That is why I am here, min kära. And I am not going anywhere.  He will always come for you, and I will always be here inside of you until he gets to you.  Between the both of us, you will never be alone.”

Sookie’s tears streamed down her eyes as Eric reached up to wipe them away with his thumbs.  She looked deeply into his eyes, still picking up the light of the fire in them.

“Can’t you see him in my eyes?” Eric asked, repeating the question he’d asked her right after he’d gotten his memories back.  “Look, Sookie.  You will find what you are seeking.”

Sookie was pulled into his eyes, mesmerized by the seemingly hundreds of subtle shades of blue that lived in them.

She began speaking, “I was in Sam’s office, getting my purse, and that’s when I felt something―a cloth―over my nose and mouth.”  Fresh tears began to flow down her cheeks.  “I wanted to call to you, but I couldn’t do it.  Everything happened so fast.  I’m so sorry.”

Eric pulled her to his chest tightly.  “There is nothing to be sorry for, min kära.  Nothing.”

Eric pulled back from her a bit.  “You know what you must do, min kván.  You already know it.  And until you realize it, you will be here with me―safe with me.”

Sookie looked into his eyes again; she’d never get tired of them.  Those pools showed his soul to her―only her.  She reached up and ran her fingertips down his cheeks.  As always, she felt a kind of electricity when she touched him.  “Magic,” she whispered.

He smiled back at her, “Yes―magic, min kván.  It is always magic with you.”

She spoke excitedly.  “I can use my magic to wake myself up, to wake up the bond.”

“My magic can heal.”

Sookie took a deep breath and concentrated on Eric’s eyes.  They looked back at her with intensity and pride as she called forth her magic.  “You are the bond,” she cried, as she shot her magic into him. 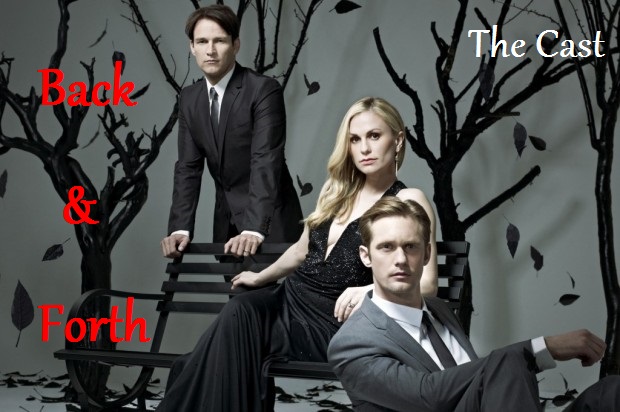 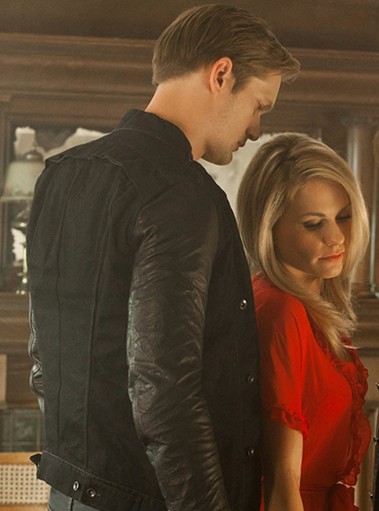 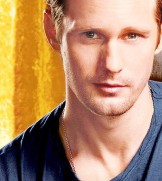 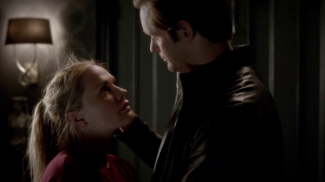