This story picks up several years after Dead Ever After (ignoring the Coda). It examines the toil that being without each other has meant for both Sookie and Eric, neither of whom had a good experience following their parting. Heart-wrenching at times, this story is sometimes “hard” to read, but I couldn’t stop. It’s one of those stories that you stay up way too late with–continuously telling yourself “just one more chapter and then I’ll go to bed.”  (Needless to say, I didn’t sleep much the night I started it.)  In addition to an emotionally well-drawn Eric and Sookie, this story has one of the most “unique” Bills I’ve ever seen.

Check out this story on WordPress.

Check out this story on fanfiction.net.

Check out this story on TWCS.

One thought on “natsgirl1: SWIMMING FOR THE LIGHT” 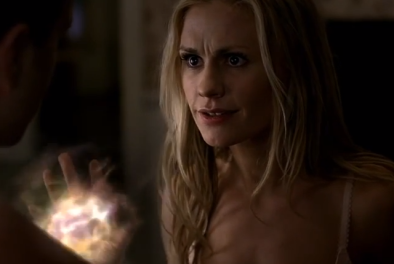