“All men kill the thing they hate, too, unless, of course, it kills them first.”—James Thurber

Niall had been gone for two hours when I heard another knock on my door.

I used my gift to find Bubba in the woods, where he’d stayed since he and I had been blood-tied.

But he’d also let me know that Eric and Pam were alive—and that Ocella seemed to be becoming bored.

I hurried to the front door, hoping to get more news.

“Eric,” I gasped, looking up at my husband—even though it was decidedly not him.

“No matter what happens, don’t invite me in,” he hissed quietly, though the words seemed to cause him pain.

I realized immediately that he—this Eric—was trying to protect me from Ocella. And that act meant the world to me.

We stood there looking at each other for a moment. He was pale and closed off emotionally in a way I’d never seen.

“I am vampire. My status remains unchanged,” he replied, his words as cold as his expression.

“Okay. I won’t,” I responded gently—gingerly—lowering my eyes to look at my feet. “I meant no disrespect.”

I kept my eyes down so that I wouldn’t cry.

“My maker is nearby,” Eric said with significance. “You must have permission to say his name—any of them.”

I stretched out my telepathy, and—sure enough—at the edge of my range were two other voids. They moved closer, obviously to within hearing range.

As they did, Eric’s demeanor and tone became colder. “Pam told me and my maker all she knew about my time here. She regaled us with tales of my domestication. She claims I wore flannel at times?”

I saw Eric stiffen slightly as Ocella emerged from the tree line to stand closer.

“You must know that any incarnation of me that you knew then was false.”

“I know,” I whispered, pulling my eyes up to his.

“My queen has explained to me that—although I no longer claim you—I am to offer you protection,” he added. “Apparently, you have a powerful relative pulling some strings.”

“The queen has also conveyed that your relative wishes for any work you do for vampires to be negotiated through him from now on.”

“Pity,” Eric said flatly. “I liked having my own telepath on retainer—as it were. But all good things end; you know that—right?” he asked with a twinge of cruelty.

Eric’s words bit into me. Whether or not he was “acting” for the benefit of his maker, there was truth to them—an undeniable, piercing truth.

I nodded, but said nothing. I looked into his ocean-blue eyes. With his maker “visiting,” they’d lost their life to a great extent. But I could still see him in there. No—I could still see both Erics.

When I didn’t speak, he spoke again. “I have come to tell you that I will obey my Queen, but now that you cannot be my asset, our personal association will cease.”

“I understand,” I said, though I could feel tears mounting in my eyes.

“My maker is planning to return to his home next week, but he has ordered that I never seek you out or speak with you again after tonight. Do you understand?” he asked, his jaw tight.

“I understand,” I responded, even as my tears began to fall.

“He has also ordered me to kill you—in the most torturous way I can conceive—if you seek out my attentions.”

“I understand,” I croaked.

“I have commanded Pam not to speak directly with you either. So if you have difficulties, you must contact the Area investigator.”

“My maker believes that my,” he paused, “association with you has weakened me. He has reminded me that humans are not worth my time beyond feeding from them and taking my pleasure with them. He has asked that I express to you how glad I am that you will soon be out of my life.”

“I understand,” I sobbed out.

“Here,” he said, thrusting a manila envelope toward me—so that it was partially through the invisible barrier that kept him outside.

I took the envelope, making sure that I didn’t touch his hand.

I did. There were annulment papers inside.

Though my eyes were now clouded from my tears, I did as he bid me, in order to insure that Ocella had no reason to punish him.

After I was done, Eric spoke again, his tone even colder than before.

“Put one copy in the envelope. The other is yours.”

I nodded and followed his directions.

“Pam regaled my maker and me with information regarding Hallow’s curse, too. You should know that I feel no regret in leaving you. I feel no aching as the curse indicated I would. Obviously, that means that you were never my so-called heart’s desire. Vampires cannot love; thus, the witch’s curse failed. My heart’s desire is as it was before: serving my maker when he requires me.”

His fangs elongated and he suddenly looked scarier than I’d ever seen him before. “You are not worthy of my attentions, human, and you may not keep my name! You will arrange for it to be changed back to ‘Stackhouse’ immediately. Understood?!” he boomed out.

“Yes,” I whispered, handing him the envelope with his copy of the papers that dissolved the only marriage I would ever know.

He turned without a goodbye and flew into the night sky.

I felt Ocella and his little shadow moving away moments later.

I couldn’t wait to drive a fucking stake through his black heart!

To give me my gift, Niall had called in many of the favors he had left in the human realm. It had taken him almost a week to find out where Appius Livius Ocella rested most nights, though the vampire had not yet returned “home” from the United States.

Niall, using his abilities to conceal his scent and to read pretty much anyone’s mind he wanted, had learned how to penetrate Ocella’s lair. Apparently, my fairy great-grandfather also had the gift of mind control—almost like glamour. He had “influenced” one of Ocella’s heavily-glamoured “day-humans” to give him a tour of Ocella’s home, and then he’d swept that memory from the man’s brain. Niall had seen everything in the home, except for Ocella’s bedchamber.

After that, it was just a matter of time—as we waited for Appius to arrive home.

The first night that he did, Claudine had come to me, and we “popped” to Austria.

Niall had been doing some final reconnaissance. Hiding in Ocella’s compound he’d “listened” in to the evil bastard’s head to make sure there were no security measures unknown to the day-people. There were not. Ocella counted on his day-people being good little Renfields. Of course, he’d glamoured them never to reveal his secrets; however, he didn’t foresee that a fairy could see around that glamour. My own telepathy enabled me only to sense when glamour had occurred, but I could never quite see what the glamour had concealed. But Niall was much stronger.

Thus, he’d also pulled the code to Ocella’s bedchamber from the vampire’s mind as Ocella had entered it.

“We must be absolutely quiet until we are in the bedchamber. Weres are on duty just beyond where we are teleporting.”

Claudine and I nodded as we took Niall’s hands.

Since he’d “visited” before, Niall “popped” us into the hallway outside of Ocella’s sleeping quarters. Then he immediately entered the code that gave us access to my enemy. Once inside, we all seemed to let out a collective breath of relief.

“Hurry,” was Niall’s only instruction.

There was another vampire in the bed next to my target. I figured he must be Alexei, Ocella’s other child, whom Bill had told me about. Ocella’s shadow.

From Bill’s account, I knew that Alexei had been a Russian royal, a Romanov. He had been turned too late to prevent some “damage.” But—unlike the benevolent Bubba—Alexei was a maniac, completely dependent upon his maker’s commands for every ounce of his limited control.

I was disgusted to see the form of a teenaged boy tangled in the arms of my beloved’s tormenter. It was clear that Alexei had been what I would consider “under-aged” when he’d been turned, and it was also clear that Ocella had made him his lover.

I moved so that I was standing over the prone body of Ocella. A part of me wished that he was awake. But the wiser part of me knew that wish wasn’t wise. Claudine and Niall were both looking at the door, swords drawn and at the ready.

“The child will need to be destroyed, too,” Niall said quietly, glancing over his shoulder.

I nodded, already reconciling myself to the fact that I’d have to kill Alexei as well. Neither Niall nor Claudine could do the killing. Niall had told me something about a fairy leaving behind a magical imprint when killing. I didn’t understand that fully, but the important part was that a human-fairy hybrid didn’t. And, gift or not, Niall didn’t want to risk starting an all-out war with the vampires. I didn’t blame him.

I took a deep breath and then I struck.

It took me only twenty seconds to kill both of them.

I didn’t care how fucking old he was. Or how strong.

I didn’t care that I had so quickly and so easily snuffed out an ancient life.

I didn’t care that Eric had been ordered by him to dissolve our marriage.

By killing his maker, I simply felt that I was fulfilling my vows to my husband.

I felt a flash of guilt as I looked at Alexei’s remains—until I recalled some of what Bill had told me about him. Yes. I figured the world was much better off as I looked at the two piles of vampire on the bed.

I shook my head. On the bedtable, an unfolded document had caught my eye, one with my husband’s name on it. I took it and quickly read the opening paragraph. It was a proposal from Ocella to Freyda, the Queen of Oklahoma. I quickly scanned the first page. Basically, Ocella was offering to sell his child to Freyda in exchange for a great deal of money. I thanked God that the item hadn’t yet been signed or sent. I put the document into my shirt, so it would “pop” with me. I intended to burn it—after I ripped it to pieces.

A/N: This was a difficult and a triumphant chapter for me to write. As I have said, I didn’t want to give graphic details about Ocella’s abuse; however, in this chapter, it’s clear that Ocella has been making Eric do as he wishes. I think it’s important that Eric tries—before his maker is in range—to protect Sookie. And, of course, she aims to protect Eric as she stakes Ocella.

I also know that many of you would have liked to have seen Ocella suffer. In the end, I decided that it was almost more tragic for Ocella to never be able to speak. I decided that he deserved nothing but the stake. Plus, I decided that Sookie would have wanted to protect her man most of all, and prolonging things would have hurt Eric. After all, Eric would have felt that. 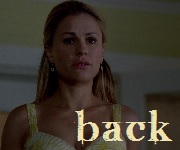 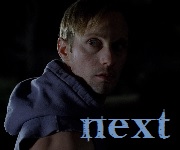