Eric woke up to Pam’s concerned face.  As soon as he sat up, however, his vampire daughter’s expression changed to neutral.

“Well, Sleeping Beauty, thanks for finally gracing us with your presence this evening,” she said in her patented snarky tone.

Eric shook his head at the bag of donor blood that Pam was holding out for him.

“Just do it, you dumbass!” Pam said with frustration.

“But Sookie would . . . ,” Eric began before his child interrupted him.

“Sookie would want you to be healed as fast as possible, and I don’t want Hunter to see you with burns.  TruBlood would take too long.”

Eric reluctantly took and drank the donor blood.  Though he could feel his body healing much faster than TruBlood would have allowed, the flavor was repellant to him—much more than even the synthetic stuff now.  Still, he downed the blood like medicine, knowing that Pam was right about his needing to appear well for Hunter so that his son would not be frightened.

Pam couldn’t quite suppress or disguise her sigh of relief as he drank the blood.

Eric gave her a slight smile.

“Don’t!” Pam said, narrowing her eyes at him.  “Not only did I have to go to sleep not certain whether or not Hunter was returning to us, but I also had to wake up to a crowing Miranda!”  She rolled her eyes.  “Apparently, the tiger has been ‘tamed.’”  She used air quotes around ‘tamed.’

Pam rolled her eyes again.  “No―sadly not.  Miranda has saved him for questioning.  He’s in your little chop shop of horrors,” she intoned sarcastically.  “She wouldn’t even let me neuter him until you were awake,” she pouted.

Eric nodded.  “Jesus and Amelia?  They were hurt by Hallow’s brother.  Jesus also used his gift to stop Hallow’s first spell from hitting me, and that would have weakened him.”

“They’re fine,” Pam reassured quickly and then added sarcastically.  “Apparently, a fairy healed them both.  Really, Eric,” she put her hands on her hips, “accepting help from a fairy in a fight?  It’s beneath you.”

“Niall was good in the fight,” Eric said casually.  “He kept Hallow from biting me.”

Pam scoffed.  “You deserved to be bitten for taking help from a fairy, Eric.”

Eric chuckled and reminded her, “Sookie is a fairy, Pamela.  So is Hunter.”

Pam rolled her eyes yet again.  “They don’t count,” she said as if it were obvious.

Eric moved his feet over to the side of the bed.  Pam looked at him worriedly.  “I have never been awake before you, Eric” she said softly.  “I don’t like it.”

He smiled.  “I used fairy magic today, Pam, and I’m pretty sure that is not something vampires are built to do, but it was, nonetheless, fucking incredible!”

Pam sighed with exasperation.  “They don’t count as fairies, Eric!  They are ours.”

Eric’s smile widened as he tested his legs and strength.  He could tell he was still weakened, but his body would be healed completely with one more pint of human blood or three bottles of TruBlood.

“No one else had gotten hurt before I slept.  Did this remain the case?” Eric asked.  He had already smelled the individuals who made up his close-knit family circle and knew that their vital signs were all at sufficient levels, but he wanted to make sure none of his other allies had been injured or killed.

Pam sighed, “I can’t believe I didn’t get to fight Eric; truly it’s a fuckin’ travesty.”

“No,” she said.  “No—serious injuries.  Miranda has a wounded ‘paw,’” she used air quotes again, “but it will heal fine, and the tiger is in much worse shape.  As I said, Jesus and Amelia were fixed by the fairy.”  She rolled her eyes.  “Two of Tray’s Weres were shot—one in the thigh and one apparently in the tail—but Ludwig has patched them up, and they will both recover.  How one gets shot in the fucking tail is beyond me.  However, once he had transformed, it was apparently in his ass, which is quite funny actually.”  Pam chuckled.

Eric shook his head but smirked as well.  “Tell Ludwig that we will cover their medical expenses.  And make sure we compensate them for any work they will miss.”

“Miranda has taken care of that already,” Pam reported.

“Excellent,” Eric commented.  “Any other injuries?”

Pam’s expression changed as she looked at him sternly, “Well, there was you, you idiot—hurt worst of all!  It is settled!” she huffed.  “You are not allowed to fight again without me.  You are―apparently—old and slow, and you need me.”

Eric kissed her forehead in comfort.  “Always, Pamela.”  He paused, breathing in the scent of his child.  “And do not call me ‘idiot’―or ‘dumbass,’” he teased, “or I will allow Duncan to be your ‘boss’ at Fangtasia.”

She glared at him.  “I’ve already told you that I will allow Duncan to,” she paused, “help; however, I will forever sever that stupid smirk of his from his face if he gets too damned pushy.”

Eric chuckled.  “I thought you liked Duncan.  In fact, I vividly remember a time when you two ‘liked’ each other very much.  Didn’t you tell me once that he made you question your preference for women?”

She scoffed.  “Yes—for about two days—but then he fucked it up by trying to ‘talk’ too much.”

“I think he was just trying to tell you that he loved you, Pamela,” Eric smiled.

Eric smiled at her indulgently.  “Well—let’s just hope that he does not fuck things up again.”

Clearly done talking about that topic, Pam glared at him and then gestured toward a fresh pile of clothing.  “Your clothing is a mess, and what the fuck kind of pants are those anyway?”

Eric chuckled.  “They are from the fairy realm; they actually allowed for nice moment during the battle.”

Pam rolled her eyes, “They were very effective—obviously.  Just get dressed.  Hunter is worried.”

She rolled her eyes but held her tongue.  While she zipped out of the room to warm his blood, Eric dressed and joined her in the kitchen.  He drank the restorative food quickly and then went up to Hunter’s room where he sensed his son was waiting.  “Sorry,” he said as he entered the room, “I had to sleep a little longer than usual tonight, Son.”

At the sound of Eric’s voice, Hunter spun around from the game he had been playing with Jesus and Lafayette and ran over to Eric, who met him in the middle of the room.  Eric picked his son up and held him tightly.  Hunter buried his head into Eric’s chest.

“Of course.  I had your aunt Sookie’s magic helping me.  And your grandpa helped too.  And Jason, Lafayette, Amelia, Miranda, Jarod, Tray, Tara, and Jesus.  Even Sam and Luna came.  And I had you stationed in the cubby with Batanya and baby Godric.  Everyone helped, and everyone’s okay.”

While Eric was talking, he glanced at Jesus to make sure he was indeed okay.  Jesus nodded back.

Eric looked back at Hunter.  “You must always remember that no one in this house will ever have to fight alone, Hunter.”

Hunter hugged him tighter.  “Uncle Lala said you were hurt a little.  In his thoughts,” he looked at Lafayette with apology in his eyes, “you were burnin’ in the sun and a wolf was tryin’ to eat you.”  Tears began to fill Hunter’s eyes.

Eric pulled back a bit so that Hunter could see him.  “I stayed in the sun for too long, so I did burn a little, but you can see that all is well now.  And though a wolf did try to get me, I had my sword ready, and your grandpa had his sword too.  In fact, Grandpa Niall killed the wolf before it could even touch me.”

Hunter’s sharp eyes took Eric in, and relief eventually replaced the tears as he satisfied himself that his daddy was indeed okay.  Hunter clung to him, and Eric didn’t want to let his child go either.

Eric could tell that it had been a long day of worry for Hunter—added to the long night and day before.  His son had had to face down leaving his mother after seeing her for the first time in more than a year.  And then he’d had to wait all day for his father to rise after seeing him burned or in peril in others’ minds.

Lafayette and Jesus stood up and walked over to him.

Lafayette and Jesus both smiled and held hands as they left the room.

The boy shrugged.  “I took a nap, but no one would let me see you until you got healed up.  Miranda’s orders,” Hunter pouted.

“That is good,” Eric said.  “I was still healing.  And you know that you must trust Miranda during the day to make decisions until your aunt Sookie returns.”

Hunter sighed with frustration, but nodded.  “I know, Daddy.”

“Have you eaten?” Eric asked.

Hunter didn’t even protest when Eric told him to brush his teeth and change into pajamas.  Eric waited outside of Hunter’s bathroom while his son changed and took care of his human needs, and then the two sat down in the rocking chair in the corner.  Eric pulled Hunter’s little train blanket over him and rocked for an hour, which was fifty-nine minutes longer than he needed to.  The boy had fallen into an exhausted rest moments after the first rock.  Still Eric needed the closeness with Hunter as much as his son had needed him.  If things had gone differently the night before, he might never have been able to hold his child like this again, and he felt extremely grateful that there had been a solution that both kept Hunter with him and enabled his son to be part of his mother’s life.

He’d reopened his fairy bond with Sookie as soon as he’d awoken, and it was stronger than ever.  He was glad that it had not been damaged by his use of the fairy magic.  He shook his head and smiled a little, still hardly able to believe he’d wielded a light like his wife’s.  However, it was not something that he thought he could do often―as it had taxed him greatly―but it was another shared gift between them, and he felt closer to his mate because of it.

“Never close enough,” he said in a whisper as he continued to rock his son and thought about the three of them being a family sometime soon.  It was a good fucking thought.

Of course, just as expected, the vampire bond had gone empty.  Eric sighed.  He missed his wife so much already.  And he felt weary without her next to him.  Still―he needed to get moving.

The night was young, and there was a tiger to interrogate. 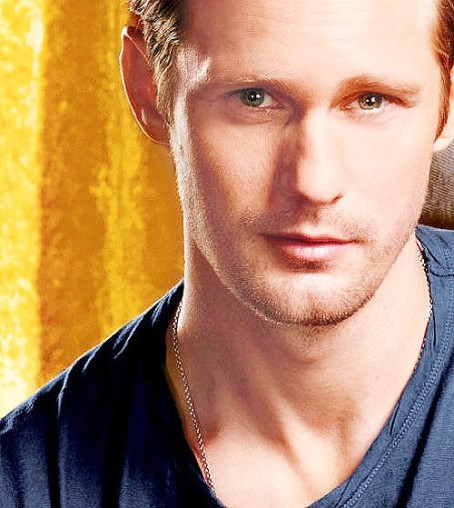 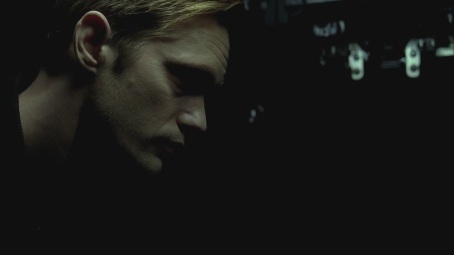 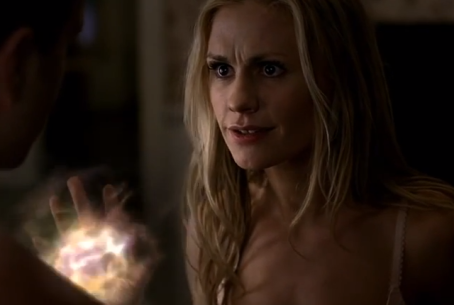